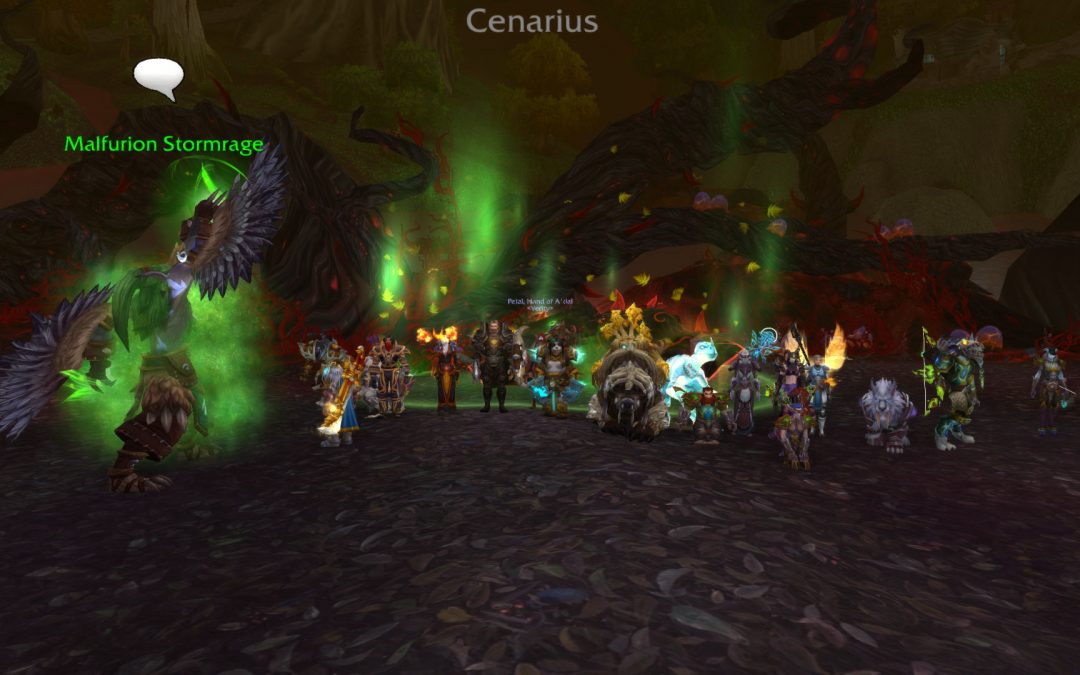 Verity’s first official raid of Legion took place on Tuesday, and it was remarkable for a few different reasons.

We tore through (N)Emerald Nightmare, killing six bosses – not wiping more than once to any encounter attempted.

We were gifted two legendaries and a hidden artifact appearance, among a ton of other impressive loot. Congrats to everyone who won something!

We had twenty-two folks in the raid, a number I don’t think we ever reached during Warlords of Draenor (feel free to fact check me on this~).

Now it’s time to take down Xavius on Thursday!