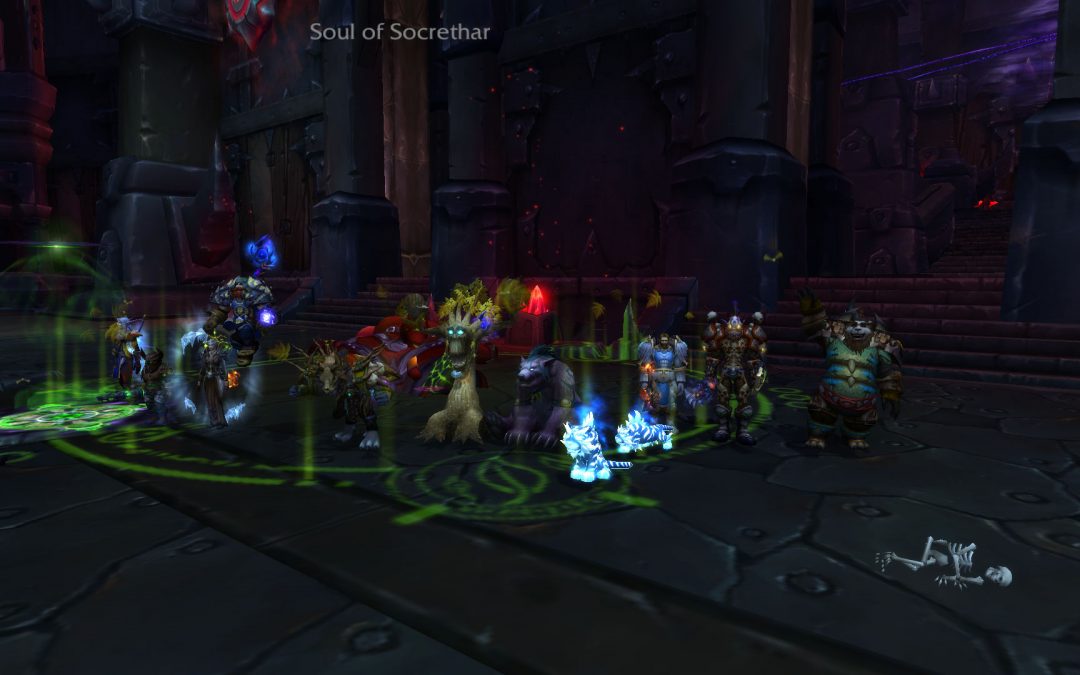 We started with Heroic Fel Lord Zakuun (because Heroic Socrethar is mean and we hate him), and made steady progress learning the mechanics we didn’t really need to pay attention to on normal. We steadily improved, and following three wipes we had a kill under our belts.

Heroic Socrethar continued to be a bit of a nemesis to our raid group, but perseverance lead us to an eventual victory. It certainly wasn’t pretty, with three folks left alive at the end (one of them being in a giant robot, fortunately). It is definitely quite a hectic fight, though I look forward to the point at which we outgear it enough that we can finish it in a single second phase, as we do in Normal.