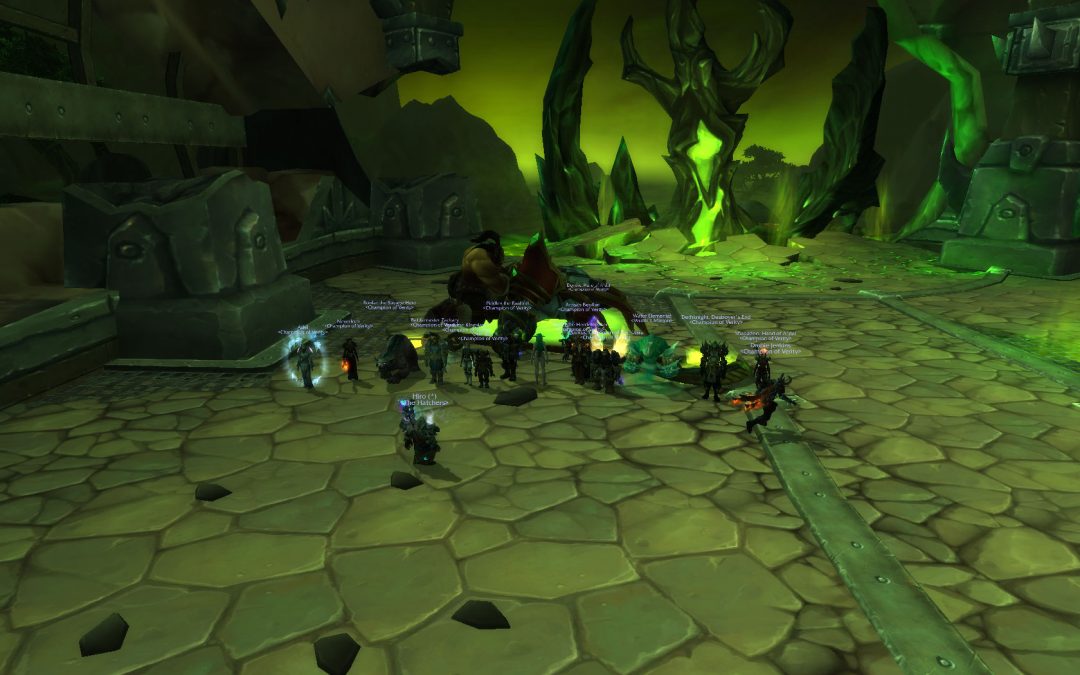 Tuesday was a particularly interesting raid night. We were short healers and had to PuG two folks to get started, but ended up plowing through all our farm content and eventually picked up two first kills (one shots) during the last 40 minutes of our time.

Iskar bit the dust first, and though I really like the encounter as a whole, he seems quite a bit easier than Gorefiend. We had put in four or five attempts on him a week ago, and while we hit the enrage timer and barely got a kill, downing him in one shot was a nice bonus. Because we dropped Iskar so quickly, we were able to clear to Fel Lord Zakuun with 10 minutes remaining in our raid. Normally we’d not have attempted to kill a new boss in one shot, but Zakuun’s reputation was that he was horrendously easy on normal difficulty. Indeed, he was extremely undertuned, especially for a boss who drops the next mini-tier of loot (700 iLvl). He even coughed up two weapons!

Grats on all the loot!