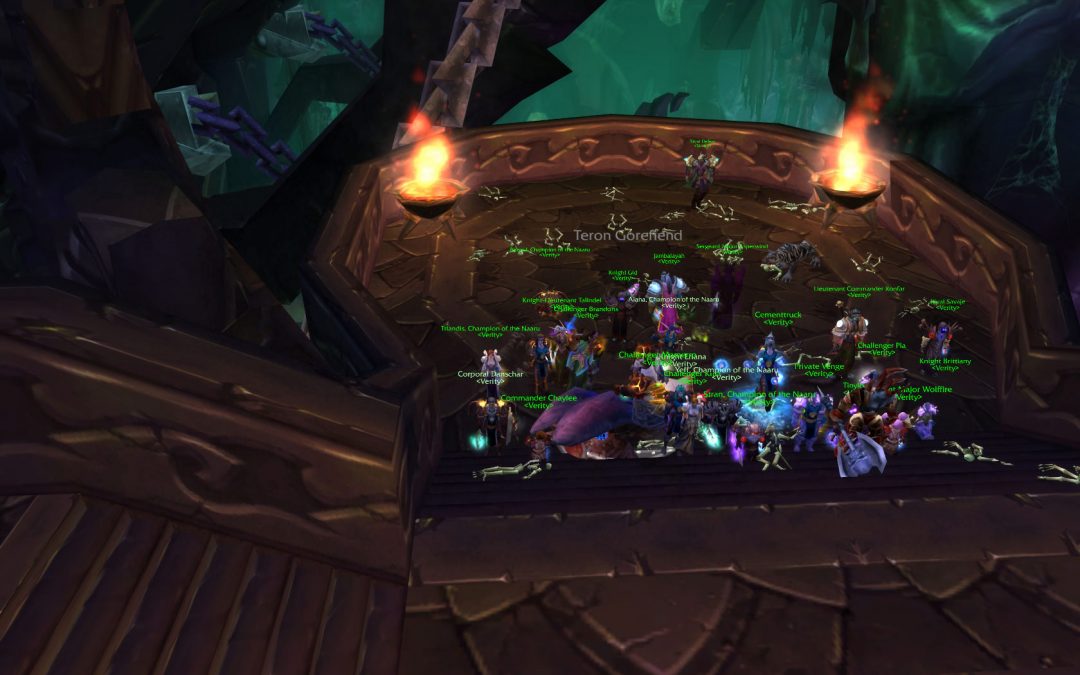 Teron Gorefiend was taken down last night during our first night of attempts.

It took a bit of time for everyone to get the hang of defeating their constructs and to ensure their macros were correct, but in the end we prevailed. Teron makes the 4th Black Temple boss we’ve taken down this week which has been our very first week in Black Temple. Each boss was taken down in the first night of attempts which shows our Raiders have been on the ball and doing their homework. The Raid Leaders, as usual, have guided us and encouraged us to victory.

A big round of applause for everyone that participated in the raids this week! All told we took down 5 new bosses between Mount Hyjal and Black Temple. What a week!