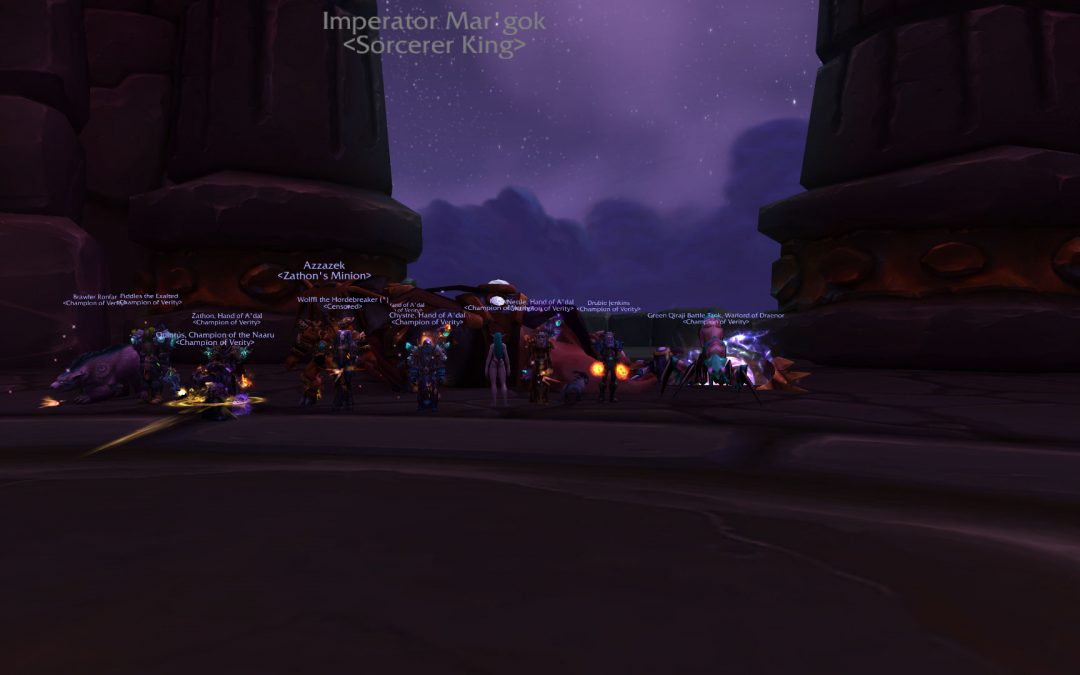 Verity finally got the (H)Mar’gok monkey off our back and completed Ahead of the Curve: Imperator’s Fall. Better late than never!

It only took us one shot, though it was one hell of an epic finish. Four folks were left alive, and all with little more than a sliver of health. We did the final 20% or so without an offtank, using Drubie for some clutch taunts to drop stacks of Accelerated Assault. Awesome job guys!

We also put about an hour into (N)Blackhand, just failing to push him into phase three at about 32% on our final try. He’ll be dead shortly!