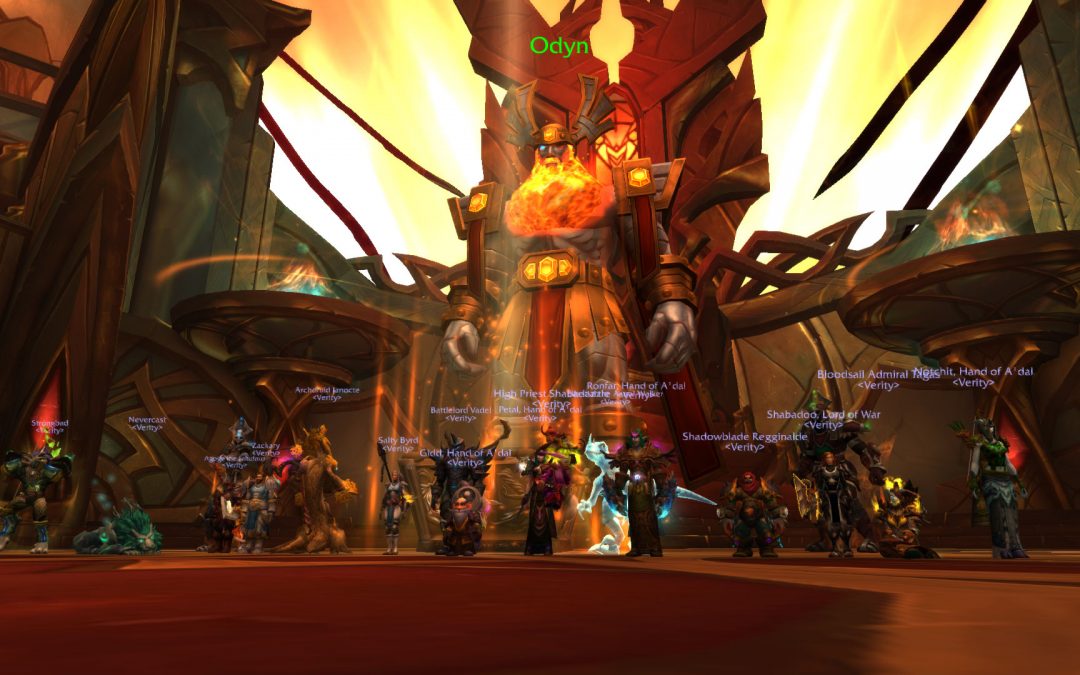 After a 0.7% wipe about two hours into our progression on (H)Odyn, we managed a (sort of) kill about a half hour later. Granted, Odyn was still standing at 10% health and our entire raid was dead, but he gave us loot nonetheless. Items included a couple 895 titanforges, so our efforts were well rewarded.